Get In Touch With Jay

Who Is Jay Nisbett?

Who Is Jay Nisbett? 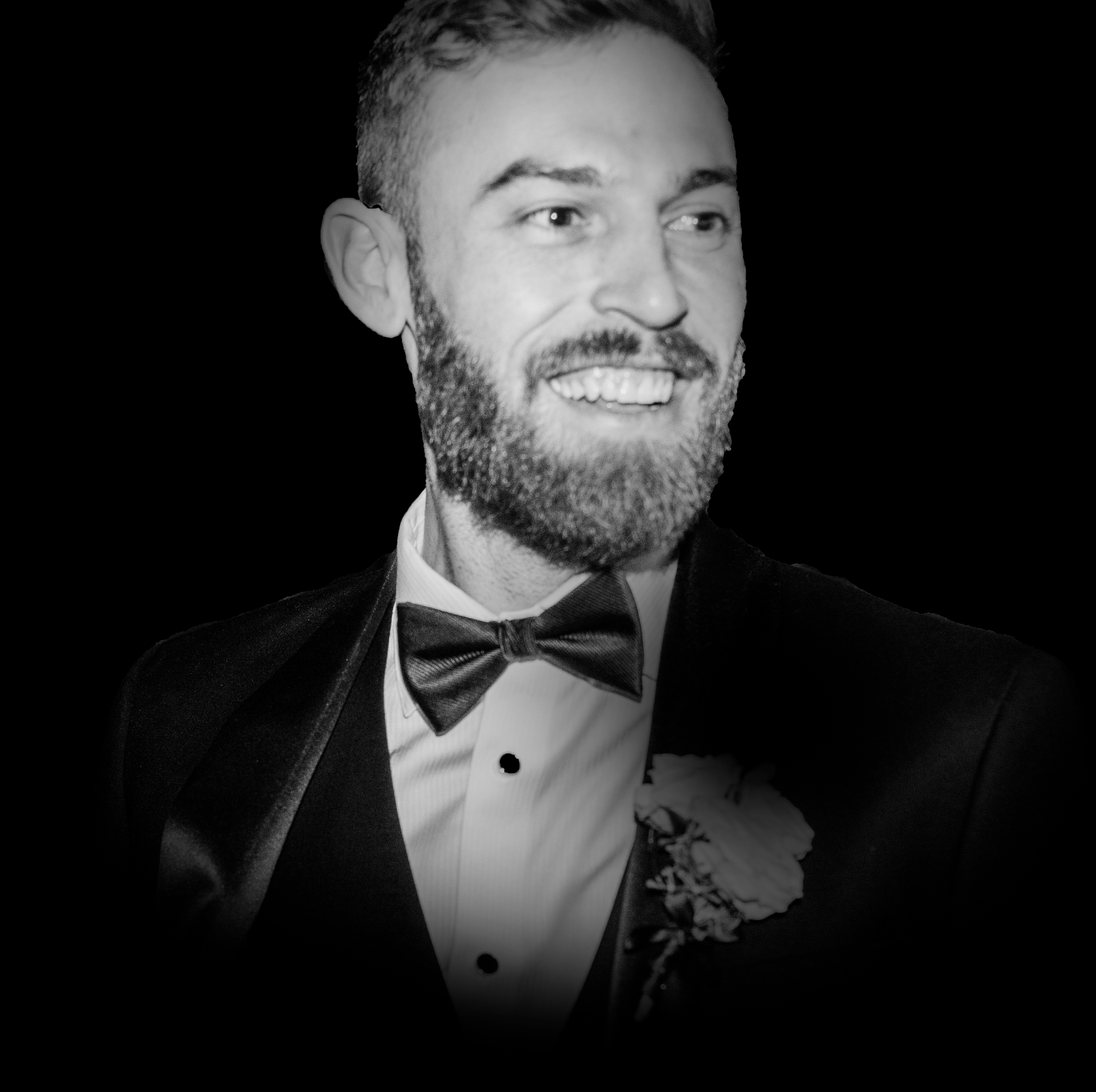 Jay Nisbett is recognized as an authority-figure in the world of entrepreneurship, with 7-figure exits from 100% bootstrapped companies.

In a short 2-year time frame - Set Show Sold's Insurance Division grew to thousands of subscribers and was subsequently sold for multiple 7-figures.

But this is just the beginning...

Now, Jay Nisbett helps entrepreneurs of all levels scale their business through mentorship, coaching, consulting, and advisory, and partnership.

Has Jay Really Started, Grown, and Exited A Start Up Before 30 Years Old? 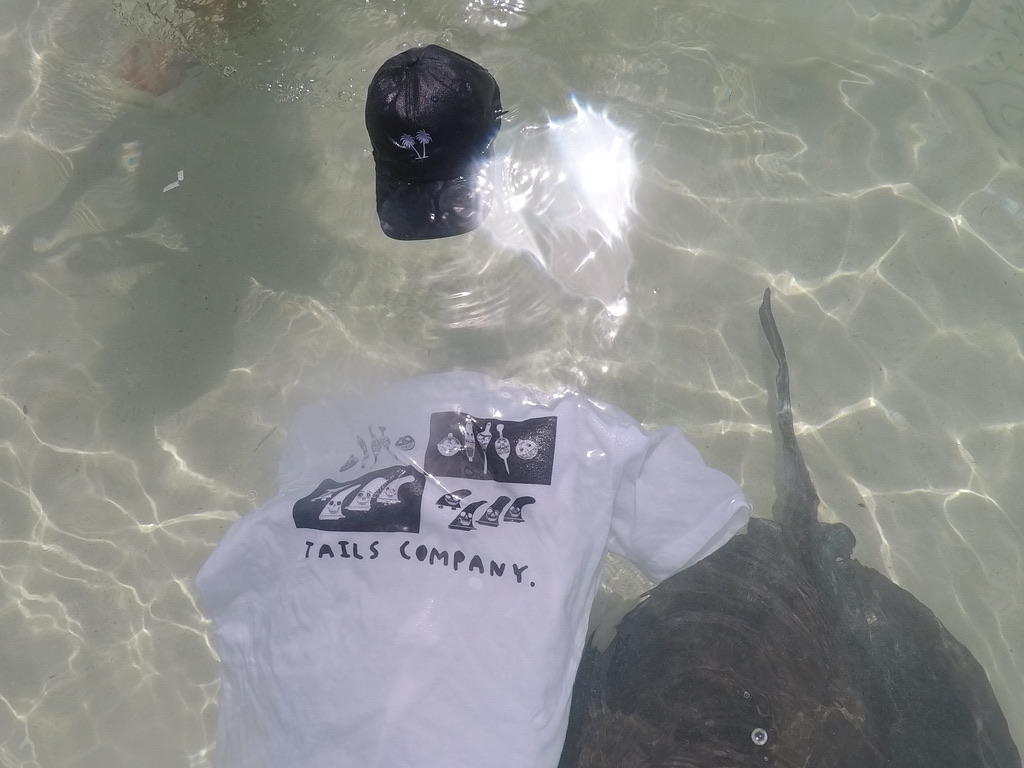 Jay started as a school project where Jay had to build a business plan. Then, Jay Jaynt to the Bahamas to film content for our "Cheeseburger in Paradise Party" (formerly "Stranded Naked" By Drone). Afterwards, Jay had the first Tails Casual Outfitters party in my parents' back yard while they were out of town.

He noticed a few things:

1. Every body has a friend with a clothing company.

Why does this happen? Because no one cares, at the end of the day.

So, Jay's thought process was as follows - "How do you create a brand out of thin air with no money?Maybe I can create an offer that gets people in the door, and then once they're on our site, we have more time to explain the brand and upsell them to purchasing Tails products."

From there - he created the offer "FREE Sunglasses! Just pay shipping" which not only was profitable, by itself, but turned into an exponential increase in the number of Tails Casual Outfitters products sold.

The idea worked, but ultimately, Jay determined retail was not for him (at the time) because he uncovered a more valuable skill in the process of bootstrapping Tails Casual Outfitters.

What was that skill? 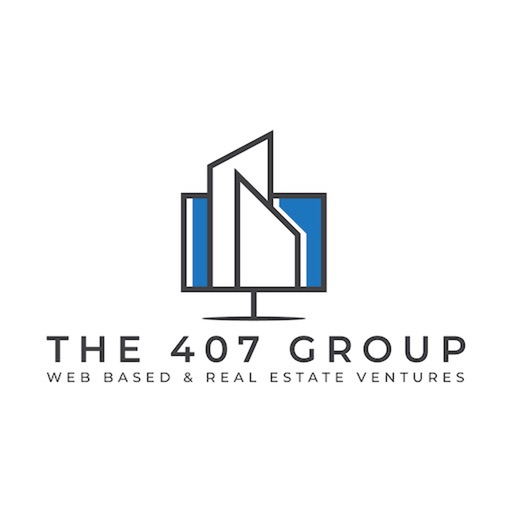 Now understanding online marketing and realizing that the skills he implemented to sell $10 sunglasses across the world - he realized that he could adjust his value proposition to others simply by increasing the value of the order.

He thought long and hard to see how he could apply these skills to bigger and better things. After a few brainstorming sessions - he landed on an uncle who owned a car dealership.

After making the call - the meeting was set. But he needed to prove his worth. After an hour of reviewing their currently marketing and identifying over $20,000 in wasted budget and in exchange had a "trial budget" of $3,000 to work with.

In the first month, over 300 leads were captured and delivered to the dealership's sales team.

Confidently strolling into the dealership the following month to review with the management team, Jay was excited to share the results.... Unfortunately, the general sales manager did not share the enthusiasm.

What was the issue?

1. The leads were being delivered - but the sales process relied on the sales team's follow up to convert leads.

2. Digital leads can convert better than traditional marketing methods - but the sales team were accustomed to consumers walking into the door after hearing radio or newspaper ads.

3. Sales were being made - but there was no attribution of those sales towards the digital methods. 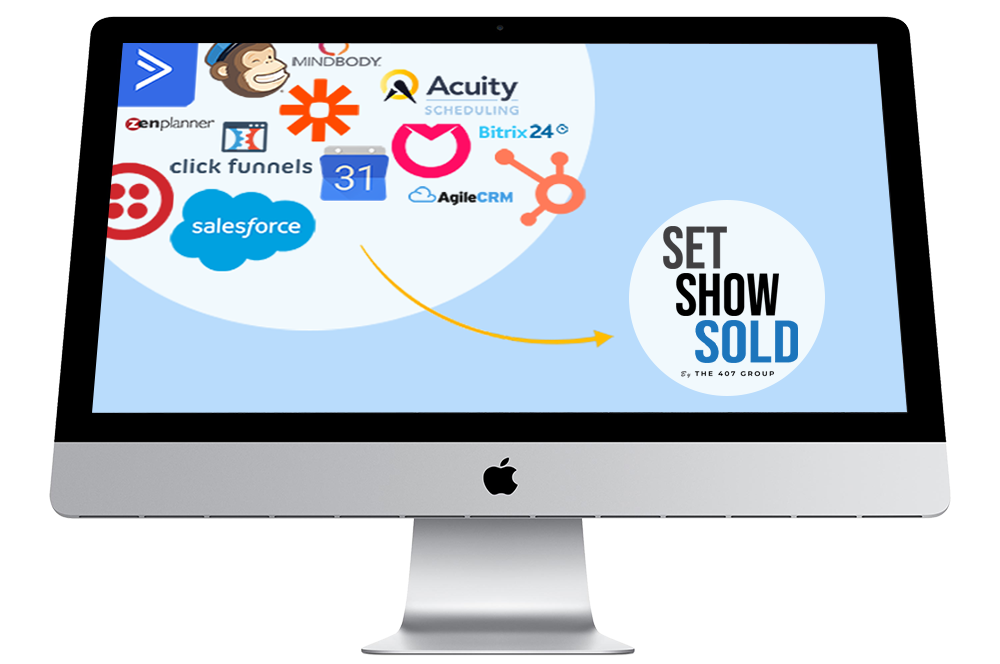 So, the problem is identified and a solution starts to come to mind.

Marketing is one skill - but not even half of the equation. Sales aren't made automatically, especially on higher-ticket items.

If Jay could not just help in generating leads - but also assist in the follow up of those leads to nurture prospects closer to becoming sales, alot of value would be created.

And with that in mind, Set Show Sold was born, with the intention of helping businesses to:

SET More Appointments™ that actually SHOW up and are SOLD on the idea of buying from you.

This software as a service business (SaaS) was designed to do just that. And it works for any service or appointment based business.

While it sounds grammatically incorrect (the proper name would be Set Show Sell, where all verbs are in the same tense) this grammatical atrocity actually is intentional - because through out the process of using Set Show Sold - you are turning customers from present tense to past tense.

In other words - a sales man sells. But using Set Show Sold - you've already sold your customers just by nature of how the software works.

Little did he know, what started in the car business would lead to something much larger... 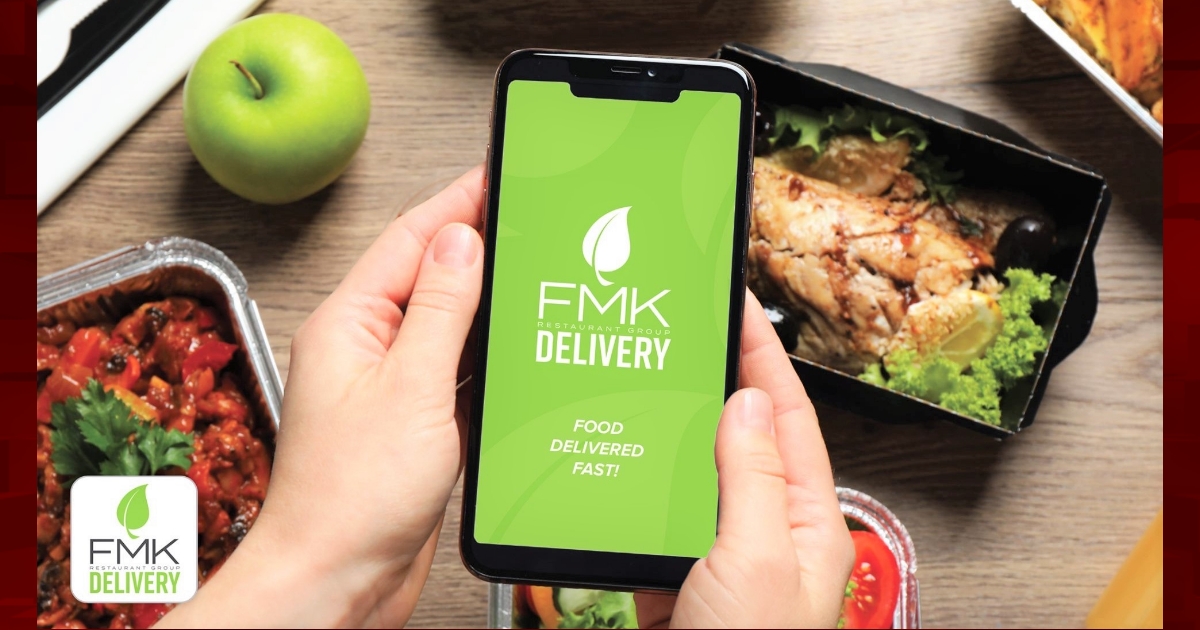 While Set Show Sold was still in it's infancy, though, Jay wasn't seeing the results he was hoping for in the Car Dealership space. It was working - but not as scalable as he had hoped.

On top of that, the auto industry has already been disrupted by companies like Cars.com, Kelly Blue Book, and Edmunds to name a few.

At the end of 2019 - Jay made the decision that what he was doing didn't need to pertain to one industry.

Then, Covid hit, so he took a detour to help save small businesses during the epidemic who were faced with lay offs and potentially closing doors altogether.

FMK Delivery was created with 2 weeks of a restaurant group with 8 locations reaching out.

In the first month, it did over $250,000 in revenue and allowed restaurant servers to remain employed by being driver's for these restaurants.

This feat ultimately landed Jay on Fox News and multiple local news stations for the innovation and speed of deployment.

While FMK Delivery was a great addition and fun project that helped the community - Jay's gut told him to think bigger.

While there was an opportunity to scale the Uber Eats style app during the pandemic, it was a short-lived opportunity.

It was too risky to bet on the lock down continuing (and felt to him that it's borderline unethical to negotiate rates during a pandemic that ultimately lower's local businesses profit margin.

So he continued focus on Set Show Sold. 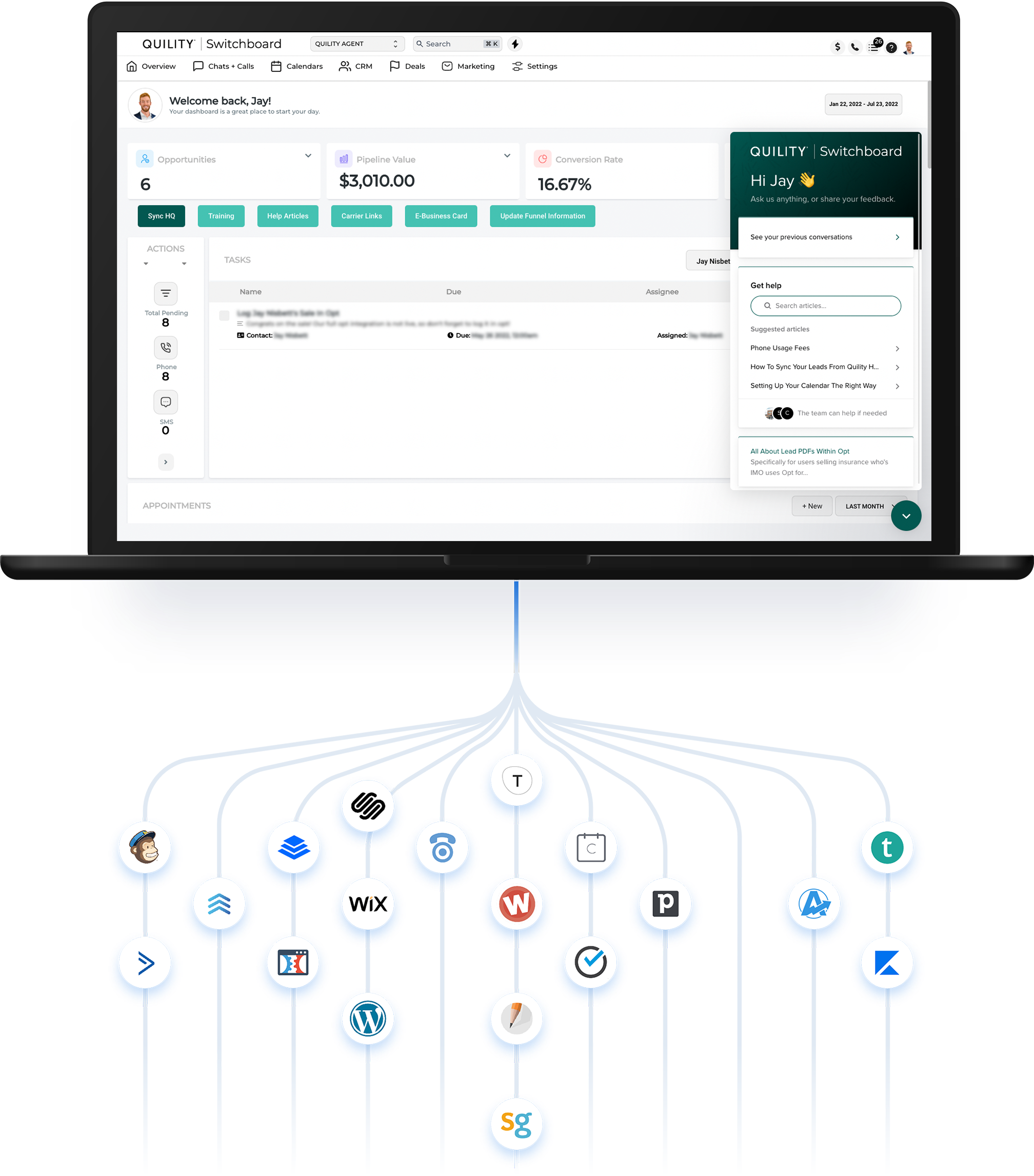 Initially thinking that a larger market with lower barrier to entry would be a better place to re-initiate what he envisioned Set Show Sold to be, he set after targeting Real Estate professionals.

While that was great in practice - Real Estate, like the car business, has already been disrupted (and arguably still going through their digital transformation).

At this time, Jay was approached by an Insurance Agency Owner by the name of Frank Brenes and made his pitch to him.

While Insurance was the last industry he thought of entering - it became clear of a few things:

1. It was very outdated - it had yet to be disrupted by technology and the available tools to agents was lacking quality.

3. Most agents are independent - so they're the final decision maker when it comes to business decisions.

4. It was primarily a cold-calling or dialing job - the majority of an agent's time was spent dialing leads on the phone attempting to make sales.

5. Covid 19 Dramatically affected it - Rather than being able to meet in person (the standard at the time), agents needed to pivot and pivot quick to more digital-focused methods.

It was the perfect storm.

Unlike when Jay built FMK Delivery and he would have to ask borderline bankrupt businesses to invest thousands of dollars to build their own branded food delivery app, insurance agents would actually increase their revenues while saving money - due to Set Show Sold's conversion improvements, time savings, and overall configuration.

It wasn't asking much to have agent's pay a few hundred dollars for a 2-5X increase in lead conversion rate - 2 sales would pay for the system for the year if not 2 years!

Over the next 2 years Jay and Frank built Set Show Sold Insurance to hundreds of users, before getting approached by an Insurance Marketing Organization called Quility Insurance which ultimately acquired the rights to the insurance market for mid-seven figures.

What's Next For Jay Nisbett?

Jay is currently working for Quility Insurance, the company that had acquired Set Show Sold Insurance, LLC and planning to do so for the next few years. Until this is complete and Switchboard's goals are met - he is looking to give back to other start ups through mentorship, advisory, and partnership.

Do you think you have an idea that would be of interest?

What People Say About Jay

What Our Clients Say 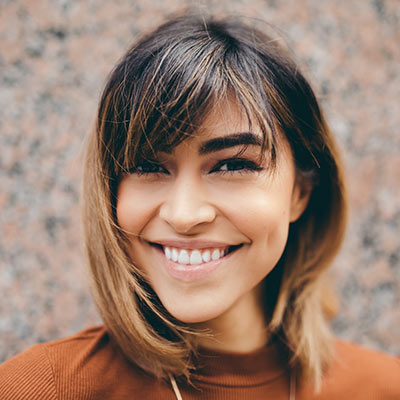 LEARN MORE ABOUT MY SELF

I AM Certified & Experienced

The next deal is going to be my biggest 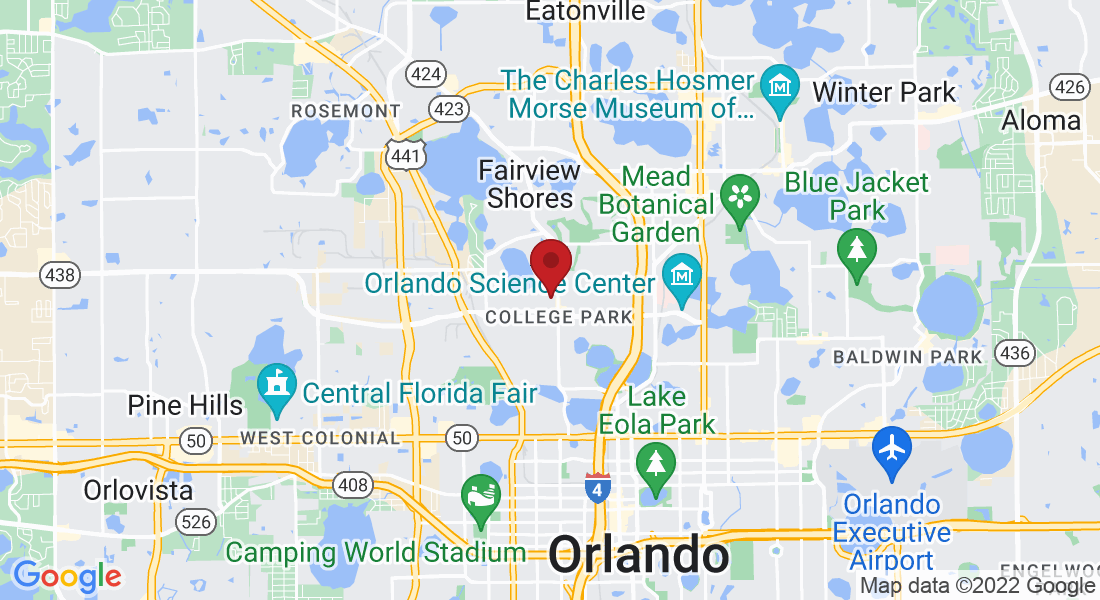